When it’s time to get a little rowdy on a Saturday night, what better choice than the iconic Jack Daniel’s Tennessee Whiskey? In business for over 150 years, and arguably America’s most (in)famous brand of whiskey, they must be doing something right!

From their website: > Crafting something that endures for over 150 years takes time and character. You’ll find plenty of both in the people and history that make Jack Daniel’s.

Our round-up of Jack Daniel’s prices is packed with the important info you crave! Price comparisons, recipes, where to buy, and more all await below! Read On!

Jack Daniel’s sells a number of whiskey based spirits under their brand. The prices for the most common types of Jack Daniel’s are:

Q.What's the most expensive type of Jack Daniel's?
A.Jack Daniel’s sells a ton of limited and special edition whiskeys that can be hard to get your hands on, and can run into the hundreds of dollars per bottle price range. Gold No. 27 is a yearly release that’s not too hard to locate, and usually costs around $100. The most expensive and very hard to find label is Sinatra Century - bottled in 2015, with only 100 units produced, and initially retailing for over $500!

The Many Varieties of Jack Daniel’s

The Jack Daniel’s brand has a deep bench of delicious and well-known whiskeys. What are you in the mood for tonight?

The flagship spirit, and the bottle most people picture when they hear the name Jack Daniels. 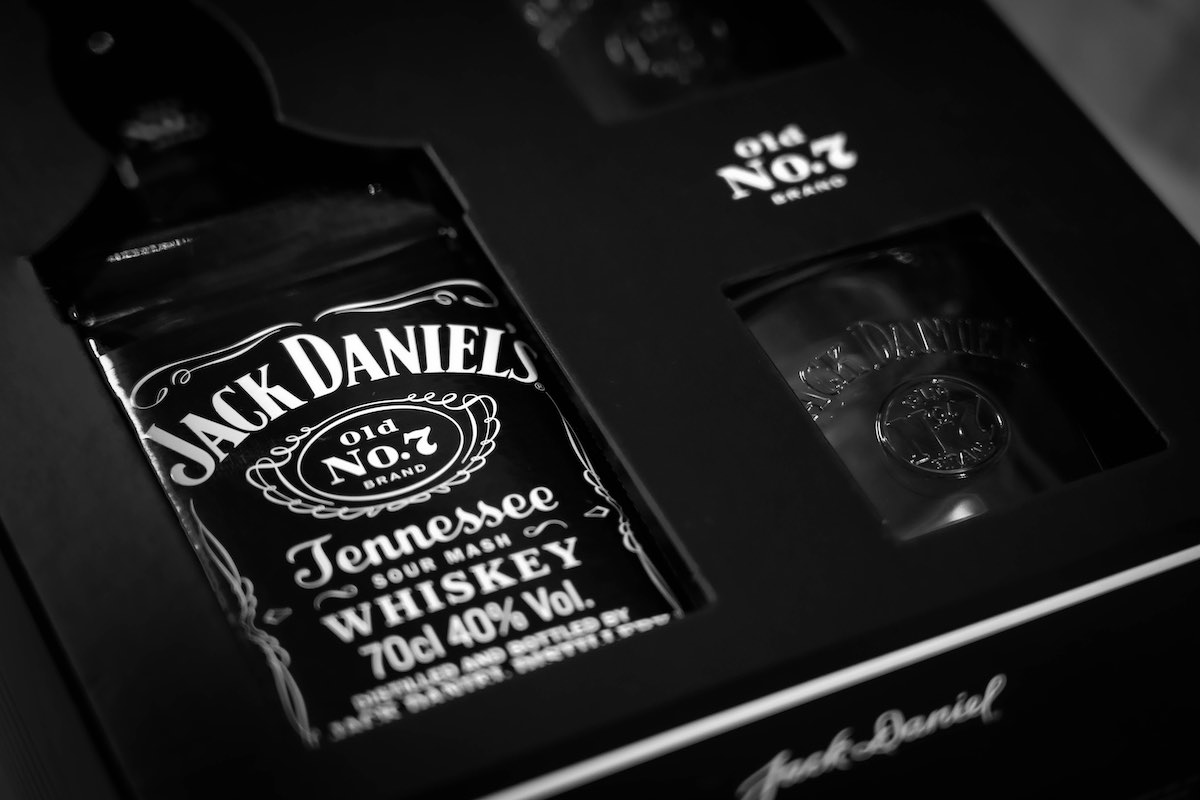 In their own words:

Mellowed drop by drop through 10-feet of sugar maple charcoal, then matured in handcrafted barrels of our own making. And our Tennessee Whiskey doesn’t follow a calendar. It’s only ready when our tasters say it is. We judge it by the way it looks. By its aroma. And of course, by the way it tastes. It’s how Jack Daniel himself did it over a century ago. And how we still do it today.

Old Number 7 is the most common type for this brand, and you can find it in most grocery stores. It’s 80 proof (40% alcohol by volume), so packs a punch. It comes in an assortment of sizes ranging from “airplane” size, all the way up to a massive 1750ml (nearly a half gallon!).

Like the glorious love child of hard cider and whiskey, Tennessee Apple packs a punch and has a unique flavor you might enjoy.

To hear them tell it:

A perfect spring and summer spirit, due to its crisp taste, it also does a great job helping you stay warm in the winter. It’s 70 proof (35% ABV), which is a slightly lower content than Old No. 7, but still strong enough to get the job done. Availability of Tennessee Apple is a bit more limited, but it’s still commonly found in grocery and liquor stores across the country.

If you’re looking for a slightly more expensive option than the classic, but want to stick with the brand, Gentleman Jack is a good bet that still won’t break the bank.

According to the makers:

Inspired by the original gentleman distiller and our founder, Gentleman Jack undergoes a second charcoal mellowing to achieve exceptional smoothness. Its balanced flavor is perfect for celebrating life’s extraordinary occasions, plus all the moments along the way.

It’s got the same alcohol content as the flagship Old No. 7 (80 proof, 40% ABV), but a fifth will run you an average of about $10 bucks more. The taste is a bit smoother than the original, but you’ll definitely still recognize it’s distinct JD style. It’s a bit harder to find than some of the other product lines, but you can still find it at stores like Walmart and Target in most areas.

Rye whiskey flavors, including JD’s are a bit more dry than those made primarily from corn (which tend to be sweeter and more full). Flipping the traditional recipe to use more rye than corn was a bold step, but one that’s paid off.

To hear them tell it:

Introducing rye whiskey made Jack’s way. Crafted with our 70-percent rye grain bill, natural spring water from our own Cave Spring Hollow, and Jack’s time-honored charcoal mellowing process, Jack Daniel’s Tennessee Rye is a whiskey that could only come from Lynchburg, TN.

Clocking in at 90 proof (45% alcohol by volume), this bottle packs a punch and a half. It’s most commonly sold in 750ml bottles, and can be found at most grocery and liquor stores fairly easily. The price is on-par with the other “standard” offerings from Jack Daniels, and a fifth will run you about $15 most places.

For a memorable drinking experience, the Single Barrel Select line is meant to compete with the smaller batch whiskey makers. Bottles are quite a bit more expensive than the standard fare, but the taste and drinkability get a huge upgrade too.

In the range of $40 per bottle, you’re less likely to find this at the corner store - but it’s still common enough to find at Walmart or your favorite grocery. It’s the highest concentration of alcohol at 94 proof (47% ABV).

In the mood for something different tonight? This blend of honey liqueur and the great Jack taste you know and love could be just the thing! 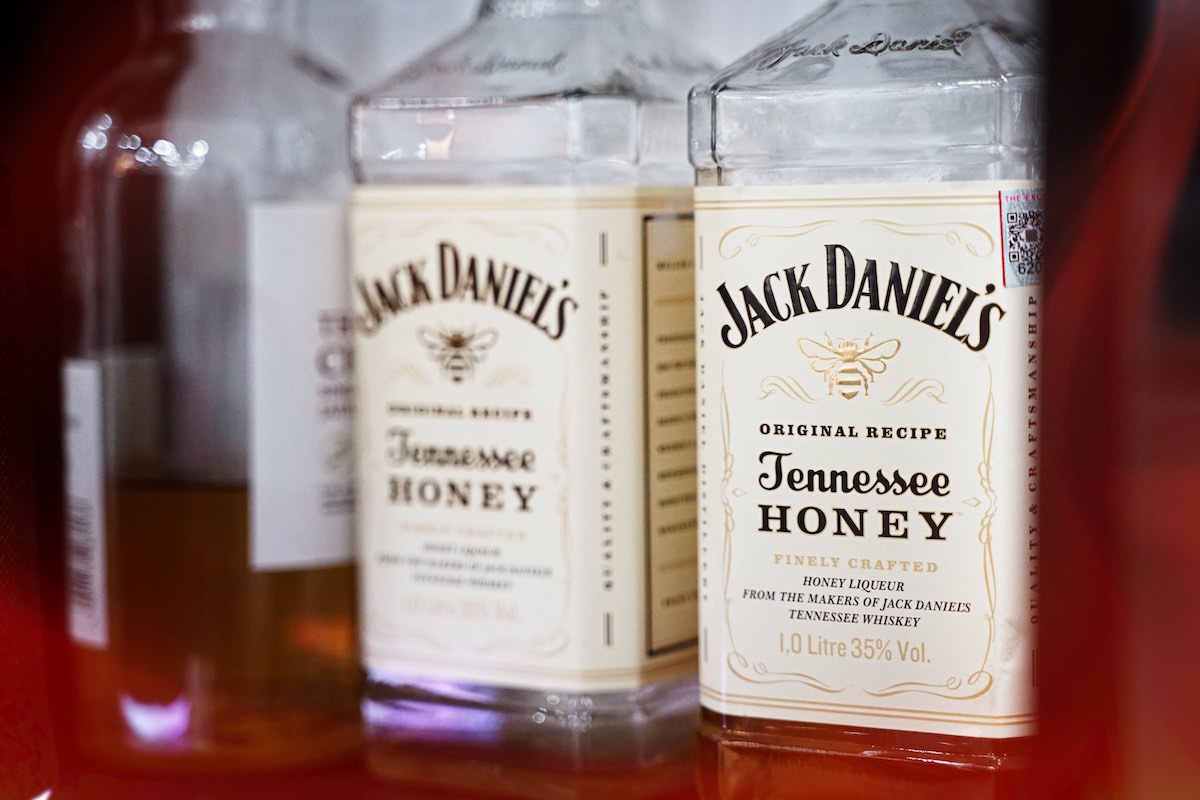 A blend of Jack Daniel’s Tennessee Whiskey and a unique honey liqueur of our own making, for a taste that’s one-of-a-kind and unmistakably Jack. With hints of honey and a finish that’s naturally smooth... it's a taste of the unexpected.

It’s not quite as easy to find as the classic, but it’s still pretty common in chain stores. As for price, it tends to run a couple bucks more than their standard whiskey, but should still come in under $20 most places. As with their other blended spirits, the alcohol content is a bit lower at 70 proof (35% by volume).

Cinnamon flavored whiskey is all the rage in some circles, and this offering from Jack Daniel’s is definitely one to consider.

Sometimes, mixing fire and whiskey is a good thing. Our Tennessee Fire blends warm cinnamon liqueur with the bold character of Jack Daniel’s Old No. 7 for a classic spirit with a surprisingly smooth finish.

Clocking in a few dollars more expensive than the classic Old No. 7, you can still find this for under $20 at most stores. It’s also relatively easy to find. Much like the other blended spirits on this list, it’s a bit lower alcohol content at 70 proof (35%). Be careful with this one, the drinkability can lead to all kinds of crazy.

Jack Daniel’s is a Tennessee whiskey maker, which uses a slightly different process from Bourbon. It involves filtering the alcohol through charcoal prior to barreling, which gives it it’s distinct flavor. While Jack certainly has the crown as the most well known, there are many distilleries that produce awesome whiskey in this style.

George Dickel or Old Dominick are both great if you want to stick to Tennessee, and they have labels at a variety of price ranges.

Q.What's a cheaper alternative to JD?
A.Jack Daniels is relatively inexpensive in the world of whiskey, and it’s hard to find anything significantly cheaper. You can shave a few bucks off with Evan Williams, but your best bet may be waiting for a good sale.

Q.What's a more expensive alternative to Jack Daniel's?
A.Jack actually produces a number of labels at different price points, so if you’re comparing with Old No. 7, you can check out a Single Barrel Select or Gentleman Jack. For alternative brands, Makers Mark and Knob Creek are great choices that are easy to find!

Jack Daniel’s Prices Around The World

Jack Daniel’s is exported all around the globe, and prices can range widely. A 750 ml bottle of Old No. 7 costs upwards of $30 in most places. Here are a few regional prices and their approximate USD equivalents:

Jack Daniel’s is one of the most commonly found Whiskey brands in the united states, and you can find it in just about every liquor aisle. Some of the different labels are less common, but Old No. 7 is virtually certain anywhere.

Q.Can you get Jack Daniel's delivered?
A.Yes! (Depending on where you live). Alcohol delivery is legal in around 35 states at this time, and a few awesome services are popping up that can have a bottle at your door in as little as 1 hour! One of our favorites is drizly, because they’re priced affordably and have service in a big (and growing) number of areas.

You can also get liquor delivered along with your groceries in some states. If you do your shopping online, check and see if they offer it.

Q.Does Walmart Sell Jack Daniel's?
A.Yes! (Depending on where you live). Walmart can sell liquor in 31 states. As far as we know, all of the stores that are permitted sell JD (you can often find the Fire, Honey, and Apple flavored variety there as well).

Apple Jack
A year round favorite served warm or cold. 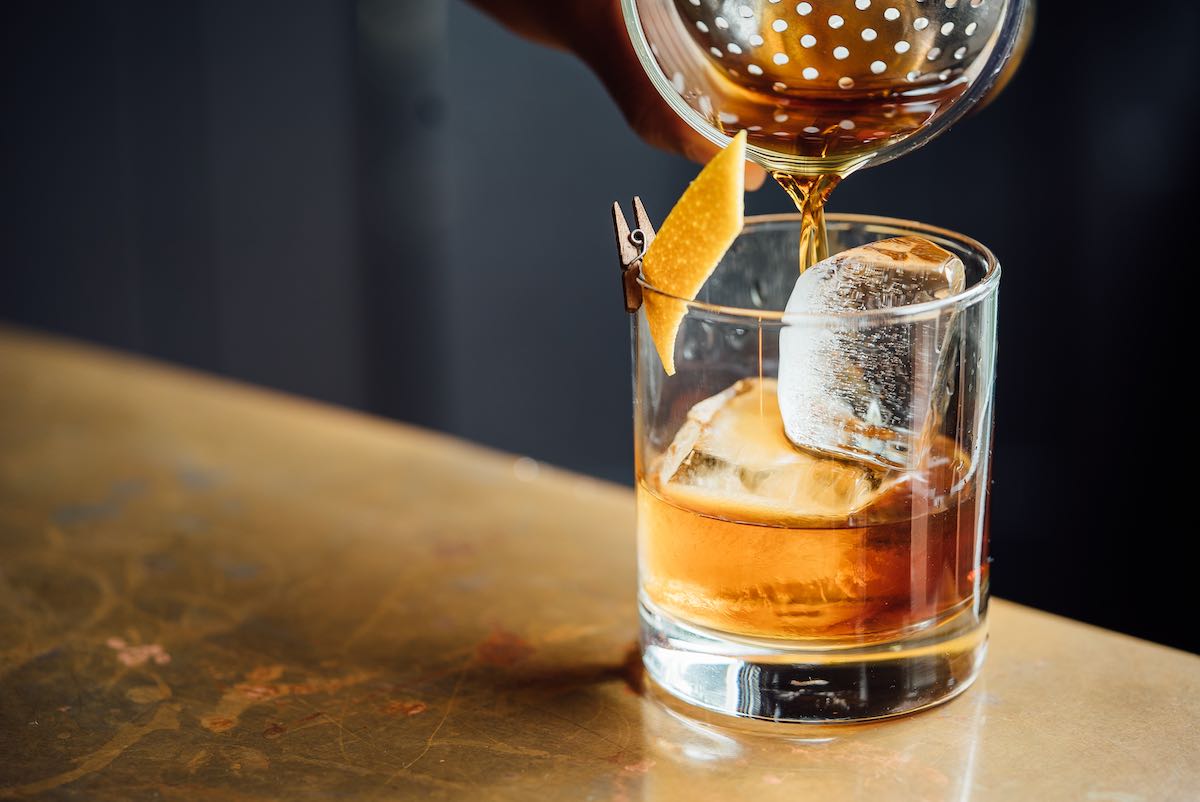 John is the founder of LiqourPuma, and an avid connoisseur of fine food and drink. He lives in New Mexico, where he enjoys motorcycle riding and rock climbing